What Monitor Does Ninja Use [2021 Edition]

Gaming computers are reaching their peak processing power, ushering in a new age of gaming – where 4K resolution, HDR imaging, and 120Hz refresh rates are the expected standard. Modern games stretch PCs to their limits, but people often neglect to upgrade their monitors as frequently as they do other components. Just like all other parts for your PC, there are so many choices when it comes to a gaming monitor, so it’s important to ask the golden question – what monitor does Ninja use?

Tyler “Ninja” Blevins is one of the world’s most influential gamers, boasting a sky-high streaming record and is watched by millions. It makes sense then that as a professional gamer, he uses a great monitor. We’re going to look in-depth at this monitor, its positives and negatives, as well as some other monitors that Ninja has used in the past.

What Monitor does Ninja Use?

Ninja uses the Alienware 25 Gaming Monitor (AW2518H), which is a 1080p resolution monitor. The monitor has a lightning-fast 240Hz refresh rate with 1 millisecond response time that delivers you buttery-smooth gameplay with no input lag.

A Closer Look at the Ninja's Gaming Monitor

As a company, Alienware is renowned for making top-end gaming equipment – they typically carry a high price tag, but they deliver serious gaming power. This monitor is no different, packed with features that very few other monitors can compete with.

It’s important to see how Alienware have adapted their offering of features to cater to the specific needs of gamers. These features we’ll be talking about are just the start, there are many other reasons to consider upgrading to the Alienware 25 Gaming Monitor.

When gaming monitors shifted up from 30Hz to 60Hz in the refresh rate, the difference was immediately noticeable and celebrated by gamers looking for a more immersive gaming experience.

As the boundary continually got pushed, all the way up to 120Hz, the question on everyone’s lips was whether these further refinements ever end? The human eyeball can only differentiate so much, after all!

Scientists believe our eyes can perceive the difference in refresh rates up to around about 200Hz. To put this another way, this means that this monitor from Alienware is the closest gaming was ever gotten to replicating nature.

Monitors sometime offer a very basic range of movement, tilting a few degrees back or forth to give you a better viewing angle.

Ninja’s gaming monitor is designed to tilt, pivot, and swivel to the exact position he needs it – taking some of the strain out his neck during the long gaming sessions. This design plays into the monitor’s space-age design, with modern silver and black chrome finish.

It also has a wide variety of inputs and ports to make it simple to set up and get the most out of it. It’s popular with streams for its wide range of connectivity options that make plugging in the rest of their gear so much easier.

They really are putting RGB lights in everything! There is a fully customizable RGB lighting system located at the back of the monitor, which changes dynamically based on the game you’re playing. This looks great, particularly when the monitor is positioned close to a wall that reflects the light.

The Pros & Cons of the Alienware 25 Gaming Monitor

When answering the question “What monitor does Ninja use?”, you may want to draw up a pro and con table to decide if this monitor would work for you. Here are some things to consider:

While looking at what monitor Ninja uses, it might be helpful to see what other monitors he’s used in the past.

This is helpful if the Alienware 25 Gaming Monitor is out of your budget or is missing a feature that you need.

The Samsung monitor is massive – you need to see it to believe it! Samsung tried something different when designing this monitor, giving it an insane 3840 horizontal pixel count, essentially replacing the second screen that most streamers use in conjunction with their main monitor.

It’s amazing that even a monitor that supports 32:9 display capabilities can still feature HDR support. It also makes use of Samsung’s quantum dot technology for supreme crispness and visual fidelity.

As the name suggests, this monitor delivers a 1080p resolution on a 23.8” LED display. Full HD was the predecessor to 4K gaming, which means while it won’t be capable of the high quality, crisp images that the Alienware monitor can display, it would also be a considerable amount cheaper.

A great feature of the monitor from BenQ is its low blue light technology. It filters out harmful blue light that causes fatigue and sometimes even damages our eyes, making it comfortable to use for extended periods.

Will this monitor make me a better gamer?

Hardware can’t give a competitive edge, but what this monitor can do is keep you in-game longer. The high refresh rate is easier on the eye, meaning you won’t fatigue as quickly. With fresher eyes, your gaming sessions can last longer which will be what makes you a better gamer.

Is this monitor only for gaming?

Not at all – it’s 2 HDMI and 1 DisplayPort inputs can be used for anything that can plug into those ports. You could plug in a console, a TV input, or even just use it as a really high-powered work monitor.

What Mouse Does Ninja Use? [2021 Edition] - GadgetsToCompare

GadgetsToCompare is a participant in the Amazon Services LLC Associates Program, an affiliate advertising program designed to provide a means for sites to earn advertising fees by advertising and linking to Amazon.com. Additionally, GadgetsToCompare participates in various other affiliate programs, and we sometimes get a commission through purchases made through our links.

GTRacing VS DXRacer – Comparison, Differences & Which one is Better?

What Gaming Chair Does Shroud Use? [2021 Edition] 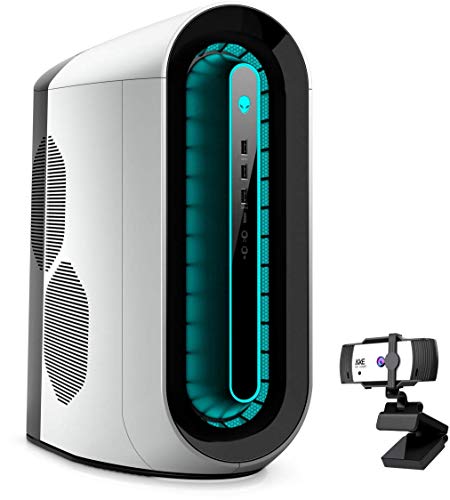